Ordinary quartz sand is generally made of natural quartz ore, which is crushed, washed, dried, and screened twice. Appearance: some large particles have yellow skin cysts on the surface. The quartz sand has the characteristics of no impurities, no edges and corners, high density, high mechanical strength, and long service life. It is an ideal material for industry, chemistry, water treatment, etc. 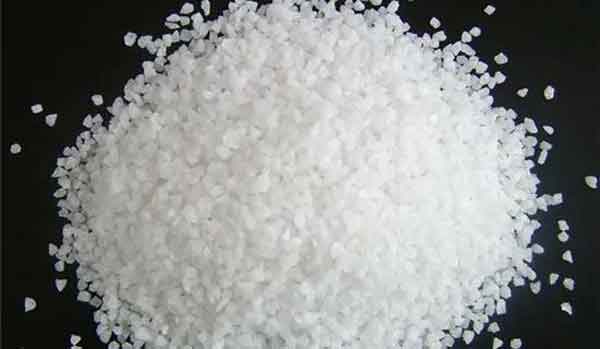 In addition, there is also a kind of natural quartz sand that is widely used and is also classified as ordinary quartz sand by experts. Natural quartz sand refers to the particles formed by nature without being broken by quartz stone, but the particles are not uniform and the content of quartz is low. Quartz sand formed in water or seawater has been widely used in many large factories, such as sea sand, natural sand, etc. Ordinary quartz sand is mainly used in glass and glass finished products, enamel, cast steel, water filtration, caustic soda, chemical industry, sandblasting, and other industries.

The difference in the production process

Ordinary quartz sand is a finished product after simple crushing, washing, and drying. The impurity content of the finished product is relatively high, and it can be clearly seen that there is yellow skin. The refined quartz sand is a more refined screening step added to the ordinary adaptation production steps, including raw ore screening, strong magnetic separation, and flotation steps.

Because the tailings still contain some debris with larger particle size or diameter, and the flat-ring wet magnetic separator is used in the laboratory, the particle size is allowed to be too large and during the flotation process, it is difficult to effectively separate large particles of minerals, etc. In the experiment of fine quartz sand, the prepared test samples are pre-screened, and the laboratory uses 325 mesh sieves for classification.